New Hampshire will not become a so-called right-to-work state today, or next year.

The Republican-led House voted to kill the union-targeted legislation Thursday afternoon, ending weeks of high-charged debate. While many expected a close vote, the final tally was much wider, at 200-177. The body then voted to ban consideration of right-to-work for the rest of the session, effectively killing it for the next two years. 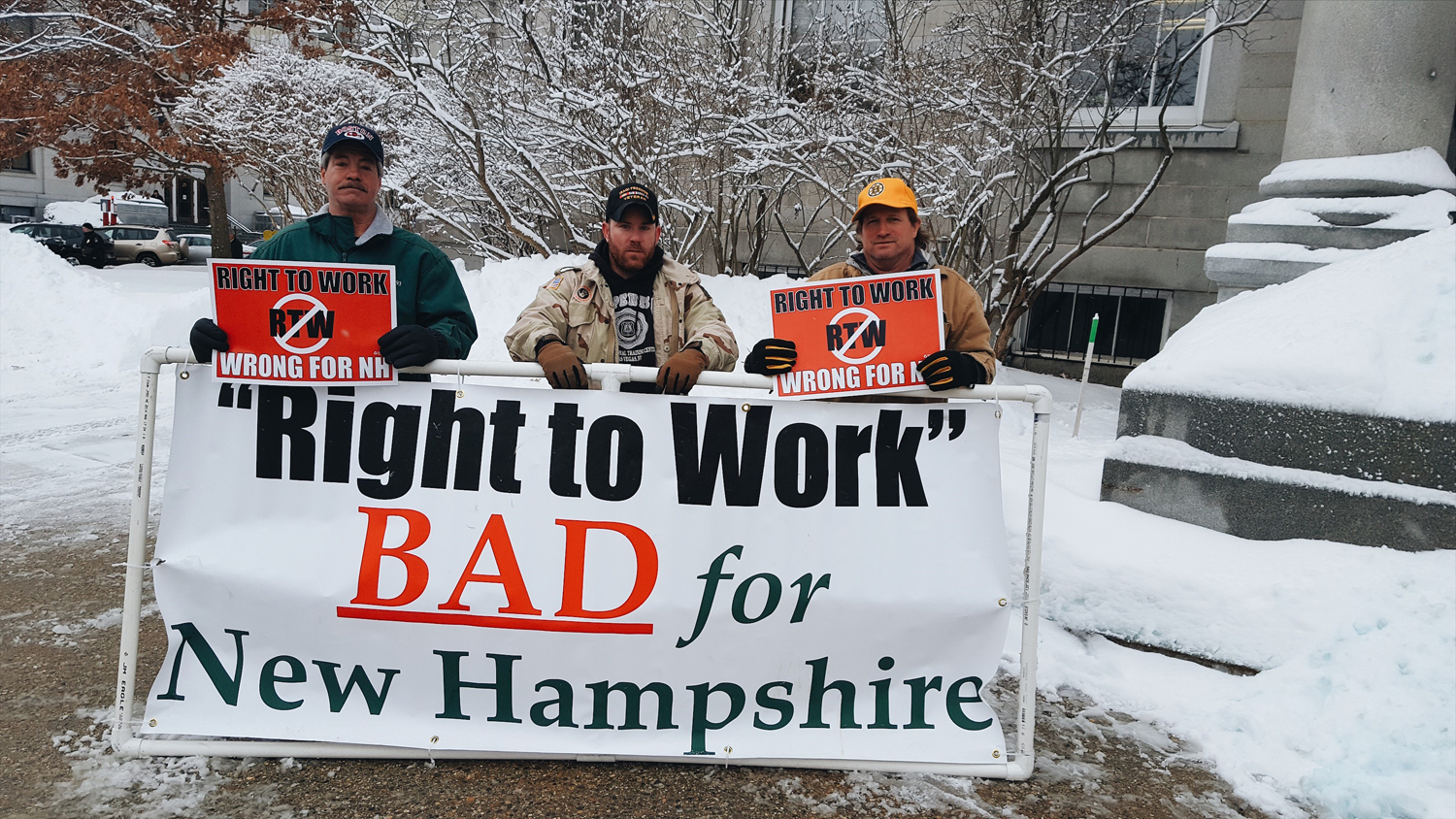 Right-to-Work legislation weakens unions by allowing people to enjoy the benefits of collective bargaining and representation by the union while making dues "optional." It's part of a long con to reduce the wages and working conditions for middle class workers, to give employers that much more power over every workers' future. It has proven to be an effective weapon in achieving that goal virtually everywhere it has been enacted.

Thanks to all the members and staff who worked hard on the campaign to kill this legislation.