Viewing: All Entries
Page of 1

Delegates to the New England Regional Council of Carpenters today elected Thomas J. Flynn to serve a four-year term as executive secretary-treasurer of the union. Flynn has been serving in the position since March 1, when he was appointed by the NERCC Executive Board to take over for the retiring Mark Erlich.

The only candidate to run against the Flynn slate was Rick Anderson, who nominated himself for a position on the Executive Committee. He received 10 votes, finishing sixth in a race for five positions.

The elected members will serve terms ending in June 2021. The United Brotherhood of Carpenters had awarded dispensation for the New England Regional Council to move the election of officers to June from September of this year.

The board will include three members that were not previously elected. Jeff Wolcheski and Joe Byrne ran and were elected for the first time. Mynor Perez was also elected. He had previously been appointed to fill a position left open when Erlich retired.

In anticipation of his retirement, Dave Palmisciano did not run for re-election to the board. He was the last remaining member of the board who had served since the council's formation in 1996. Al Peciaro also did not seek re-election. Formerly the director of contractor relations, he left the council last month to take a position with a union contractor.

Congratulations to the active members who were winners of prizes at the second UPP Carpenters Appreciation Night. Prizes will be delivered to local unions and presented at union meetings in July. We hope everyone enjoyed the event and would love to hear from members about how the next event can be even better!

The winners of the 5 Grand Prizes, $5,000 vouchers for Sandals Resorts Vacations were: 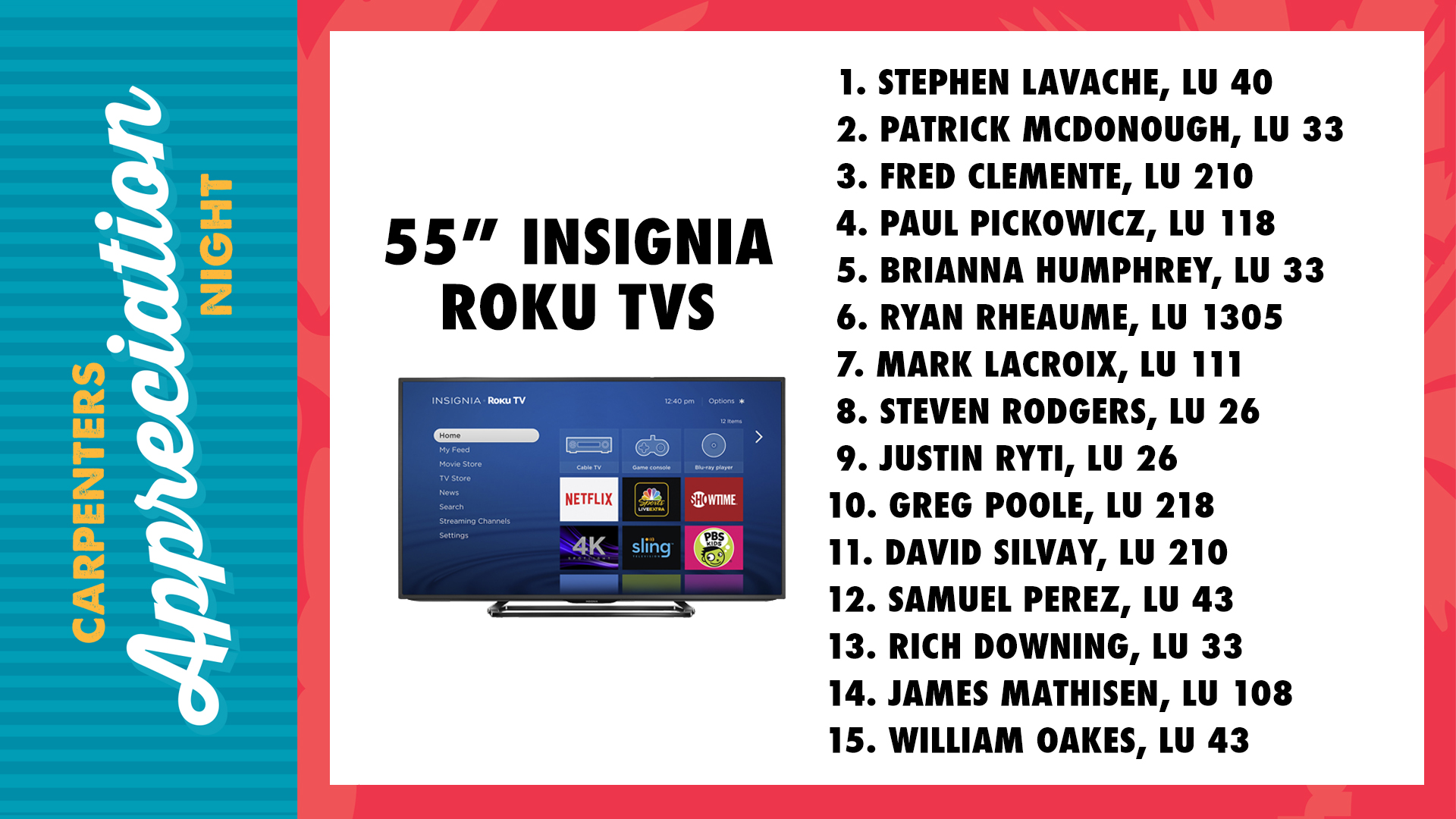 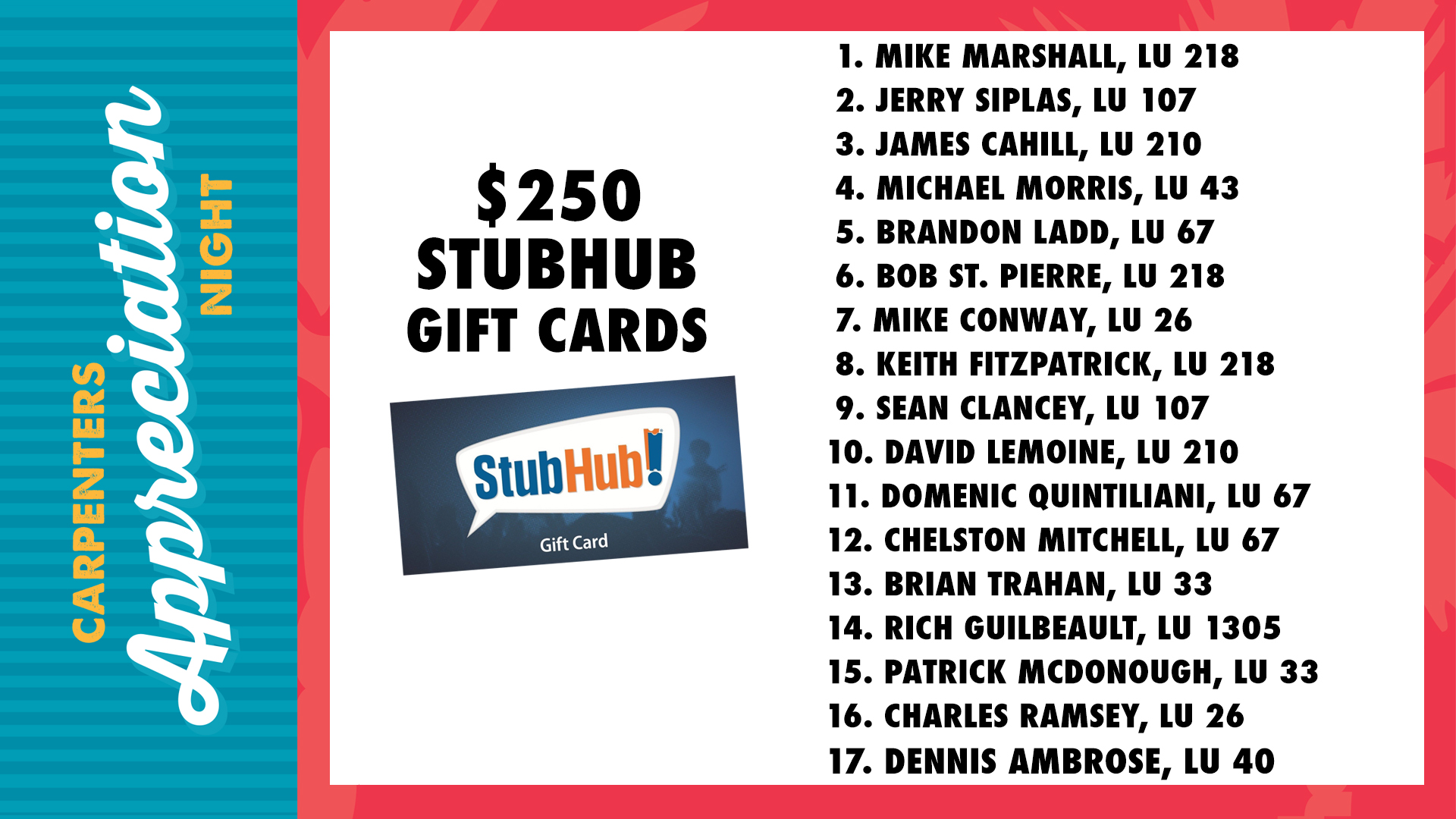 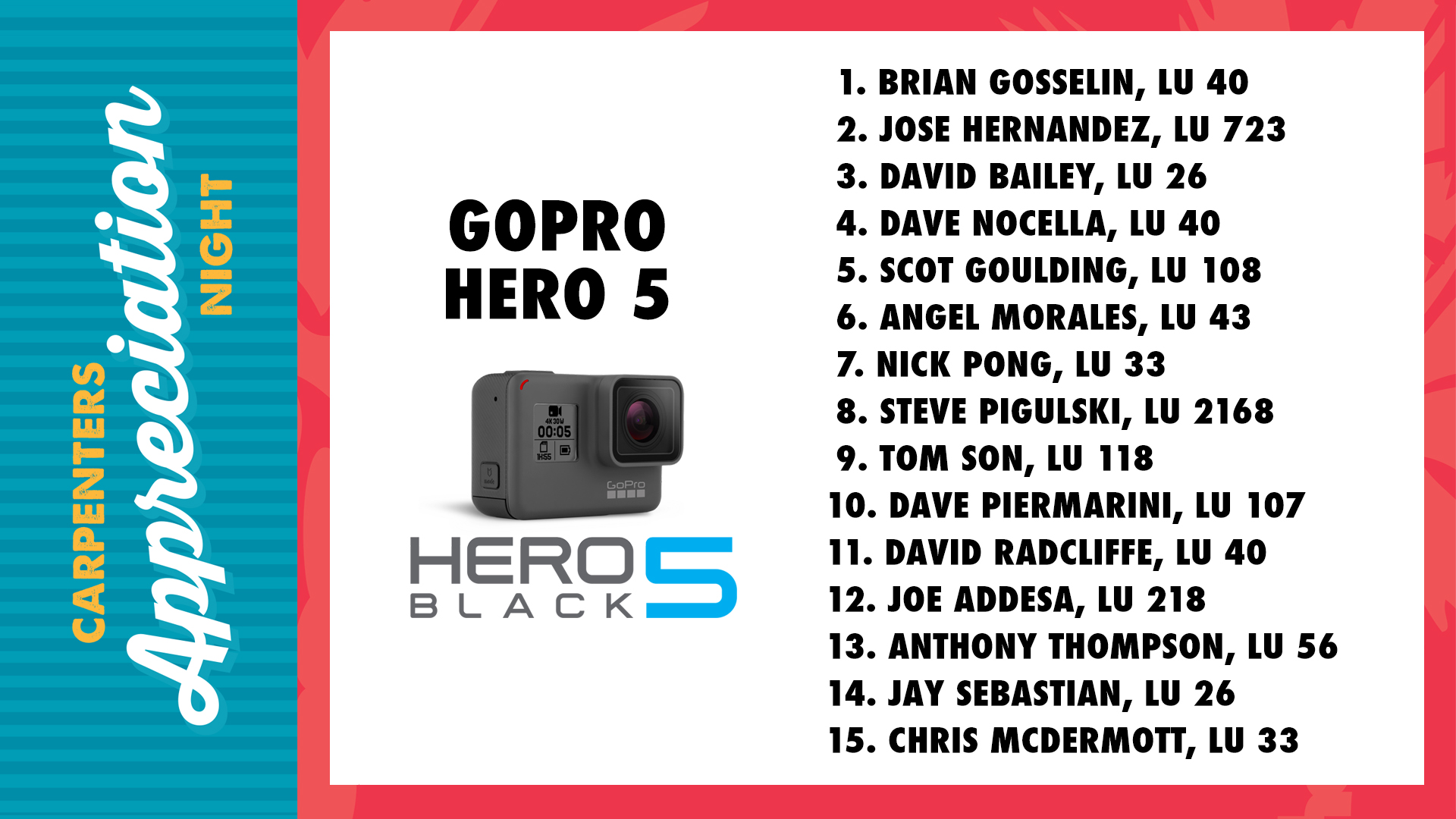 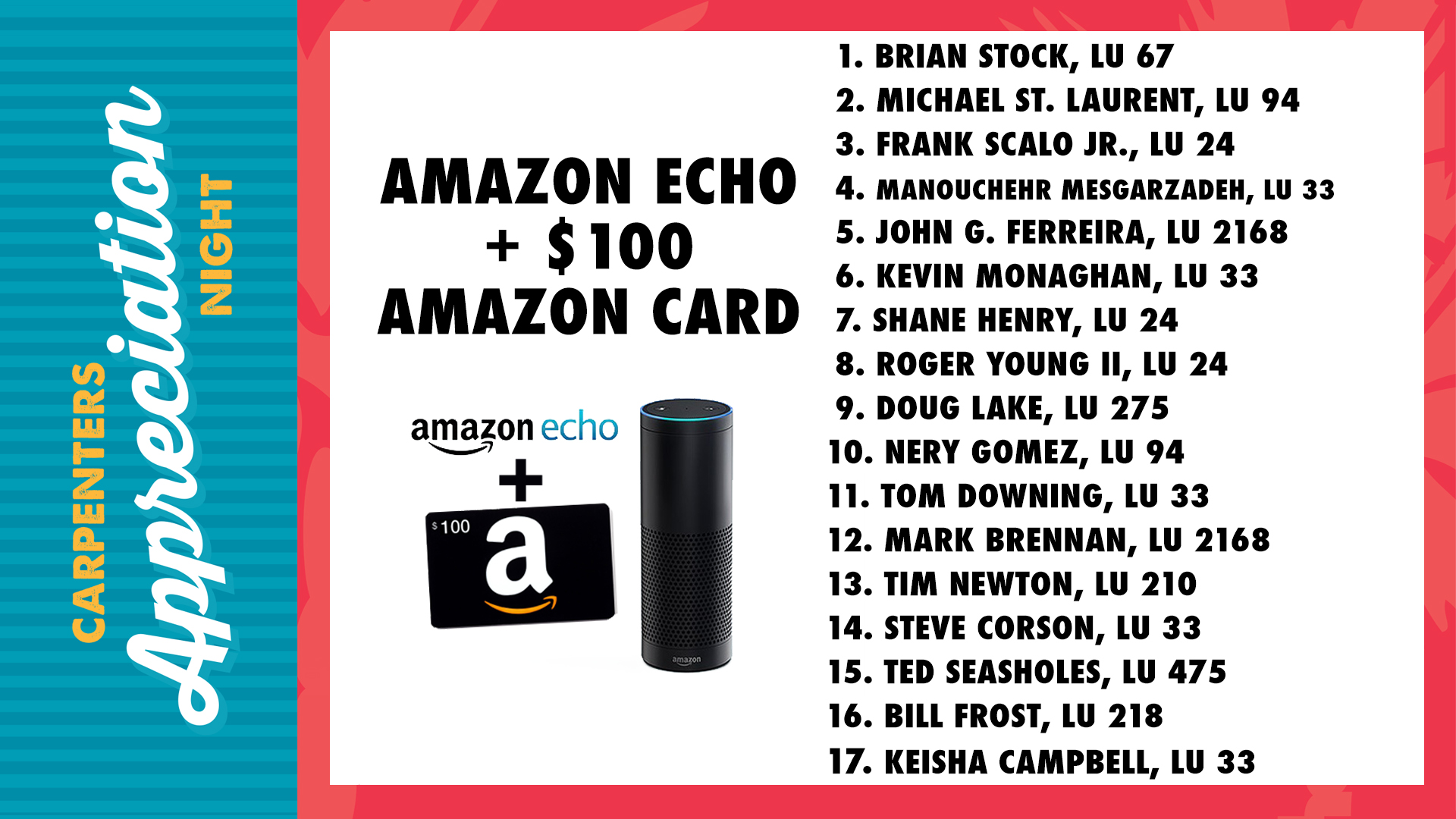 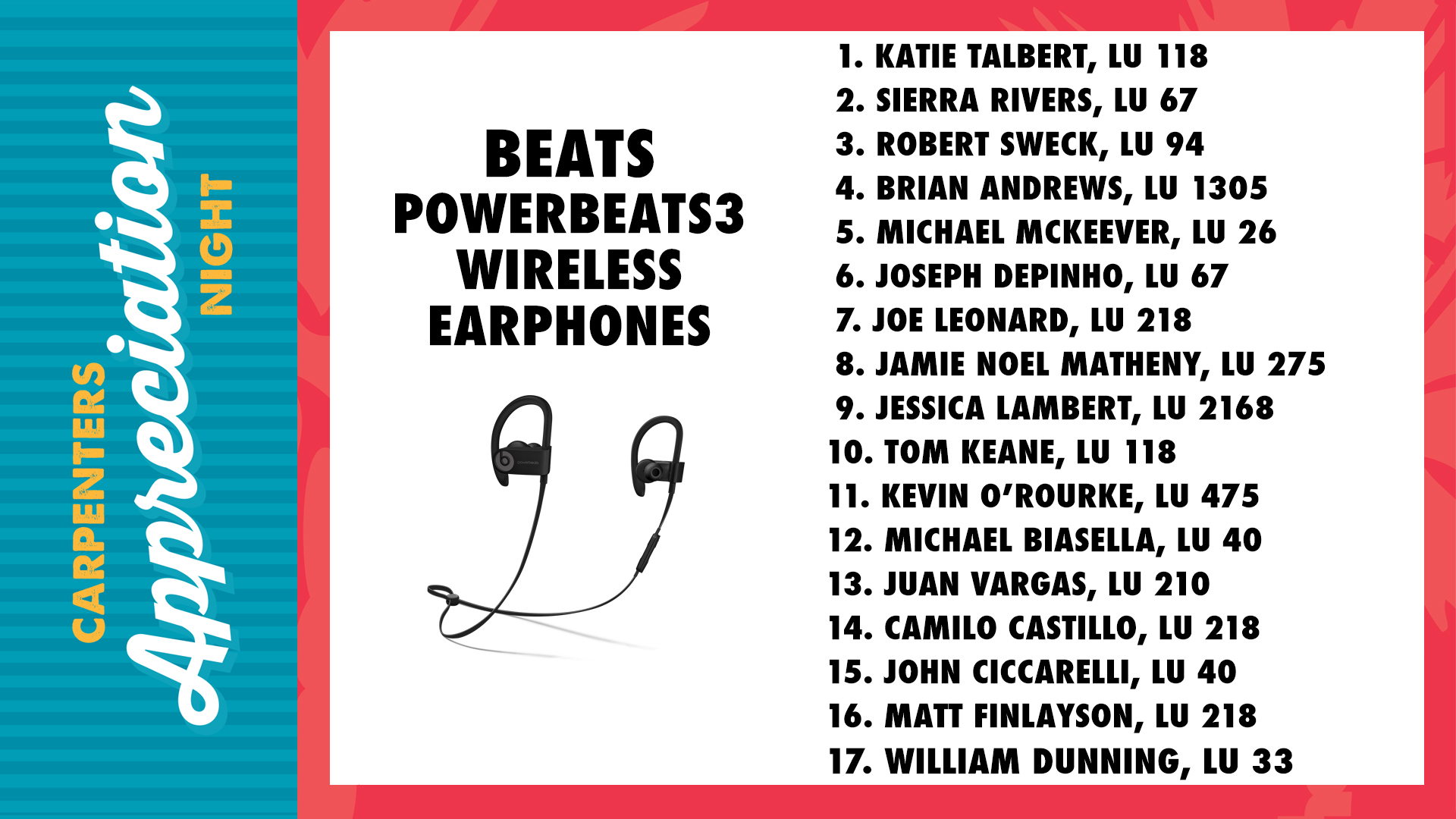 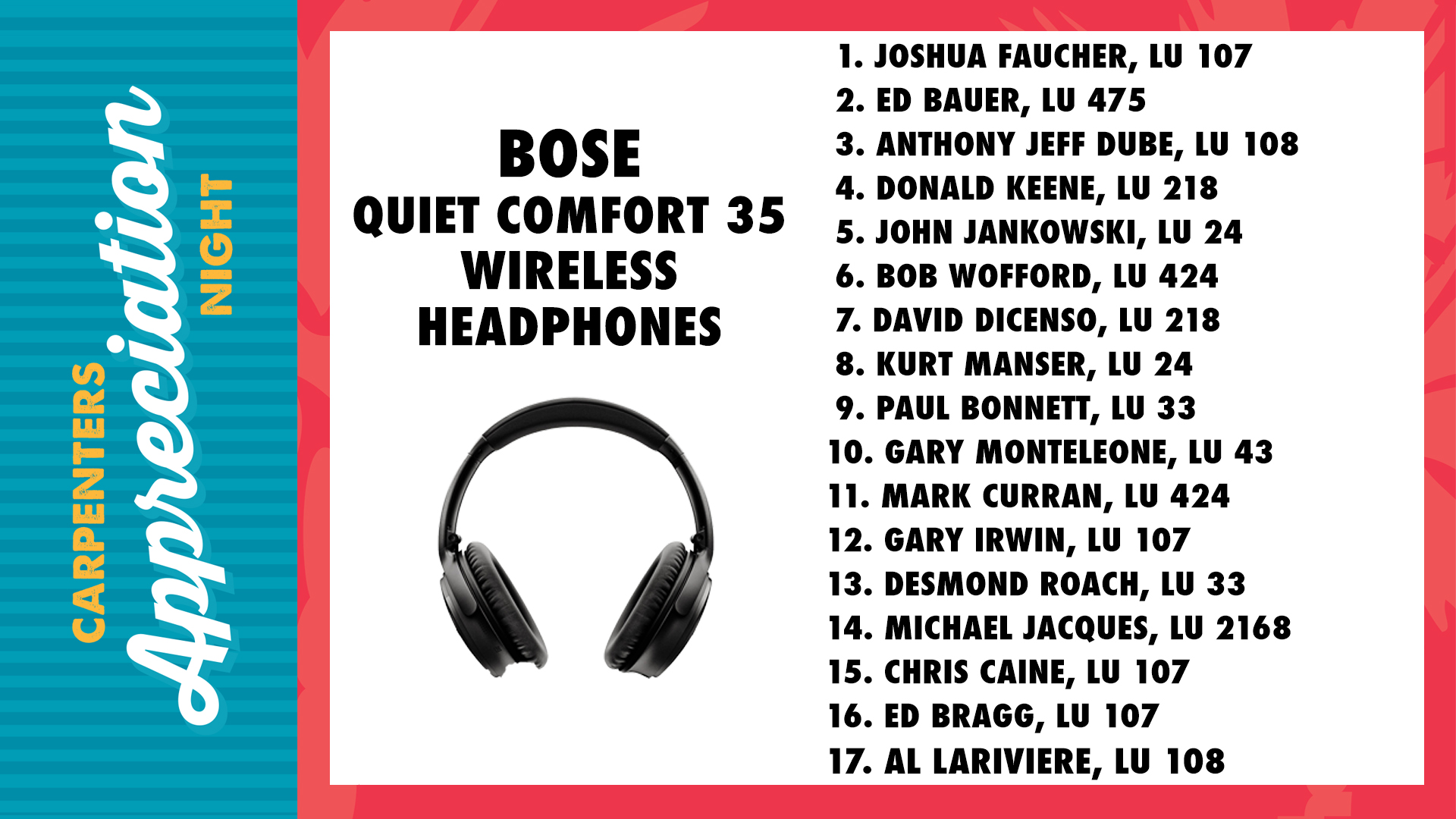