Business Representative Derek Adamiec and Researcher Ben Branchaud spoke at the meeting about two proposals, one related to the company's auditor and another regarding CEO pay ratio disclosure and the effect of the recent Tax Reform act as it relates to the $1 million cap on taxable compensation. 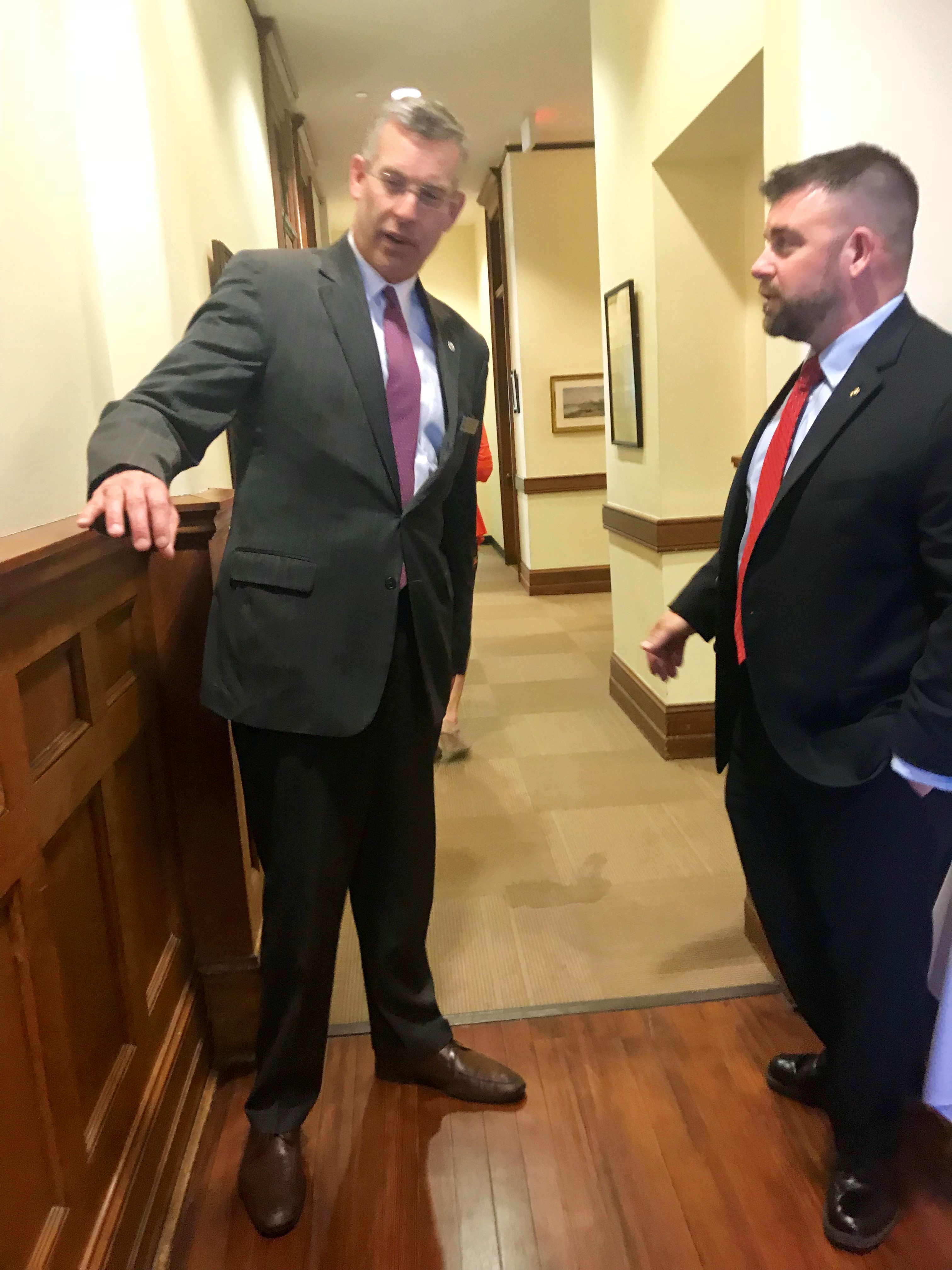 Local 330 Business Representative Derek Adamiec (right) with Ned Handy, CEO and Chairman of the Board for Washington Trust.

The New England Regional Council of Carpenters has been attending shareholders meetings for companies either based in or operating in New England for several years. While day-to-day operations for companies are not discused in the meetings, they are an avenue for the union to advocate for responsible corporate governance within companies in which union funds invest.

The meetings provide a valuable opportunity for the union to begin or continue relationships regarding their investment in development or construction of their own facilities. That was the case with Washington Trust. During his presentation at the meeting, President and Chief Operating Officer Mark Gim discussed an affordable housing initiative Washington Trust had started. Following the meeting, Adamiec and Branchaud were able to approach company leaders and discuss ways in which the union and the company might work together on the initiative.